CJ cultural foundation will support you, all you have to do is make your films

There are new directors who are working hard everyday to make their own films using their imagination with a hope of presenting their works out into the world. Although they have experiences in filming sites, it is true that there are lack of opportunities to build their capabilities to control filming sites or the sense of directing which are essential qualifications for directors.

A solid bases make the tree with big fruits steady. In this regard, for new directors who take their first step as a short film director, it would be nice to have strong assistants just like a prop and nutrients for the tree. If there are some directors who want to tell your own stories in a bigger world, we recommend you CJ cultural foundation’s STORY-UP.

In order to provide an environment where new creators can focus on making short films, CJ Cultural foundation provides supports such as modifying scenarios and submitting their films to domestic and international film festivals. What comes to mind for you? Right. ‘CJ cultural foundation will support you. All you have to do is make your films’ comes to mind. As the number of applicants increases year by year, the competition is hotting up, but the benefits are so great that you must apply. Let me introduce you to some of more upgraded benefits.

It is a program that upgrades young creators by mentoring scenario and giving on-the-spot tips. Every year, the objects and benefits are slightly different, but the fact that the works which come out from the story-up are enormous doesn't change. Director Kim Deok-geun's "My Sara," who won two awards at the 18th Mijangsen Short Film Festival last year, is also the result of our support.

If you’ve ever made a short film, apply for story-up right away!

If you’ve ever directed a short film, or if a new short film can be completed in October, anyone can apply, either by the director alone or by a team of directors and writers. If you apply as a team, all team members must attend PT and interview together. In 2020, unlike last year you will be able to apply for drama and gerne movies, so choose your favorite!

Get all the upgraded benefits!

Park Hyung-nam, director of Tomato's Garden, left a comment saying, "I could afford to buy ice cream for my staff who worked hard with the support fund from STORY-UP in the hot summer." "It was meaningful to work with an actor who has acted in <My Sara> through the story-up," said Lee Yoo-jin, director of <Good Mother>. In addition, all the directors who were selected said, "Thanks to the support I received throughout the production. I was able to finish filming without any hesitation."

In 2020, the Korean Film Directors' Association (DGK) will offer more systematic programs with mentoring and dualized production support. In particular, planning and development support, which was not previously available, can be selected as the final production support candidate by selecting a triple number to receive mentoring on scenarios and filming plans and receive funding. 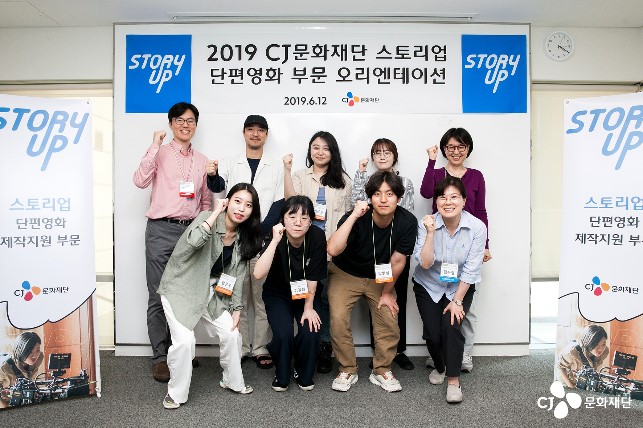 We’re going to select 15 people to solve their real problems. You can go to the field with a 1 million won grant, buy books to analyze your characters, and apply for classes you want to take. You are able to do whatever you want to do, directors.

We’d like to help those who don’t know what to do with the work that they wrote. DGK, directors guild of korea, is a group of Korean directors such as Bong joon-ho and park chan- ho. This DGK supports mentoring program to help making short films. 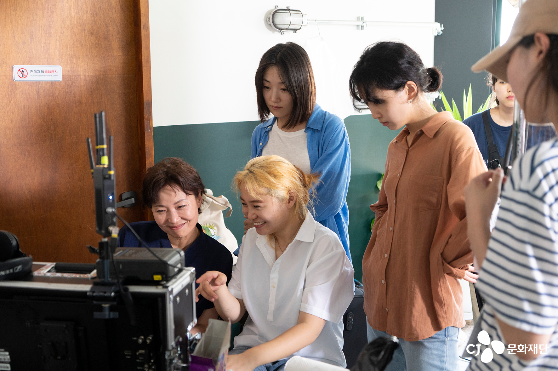 The final five of the planned and development works will be selected and up to 15 million won will be provided for the production location, staff, and actors. You don't have care about economics for a short film! Now, all you have to do is focus on the production of the work, right?

How happy it would you be if your role model, the director, appeared on the set and give you an advice? The director of the Directors Guild of Korea will come out and help directing the film, and will give you some tips on editing. After the shoot, there's even a heart-to-heart talk while drinking soju. It's only possible in the Story-up!

This is not the end of financial support. Scenario and filming plan review, DCP and poster production, film promotion, translation work for overseas entries, and film festival entry fees. The story-up of CJ Culture Foundation is full of detailed support! It's really unusal. 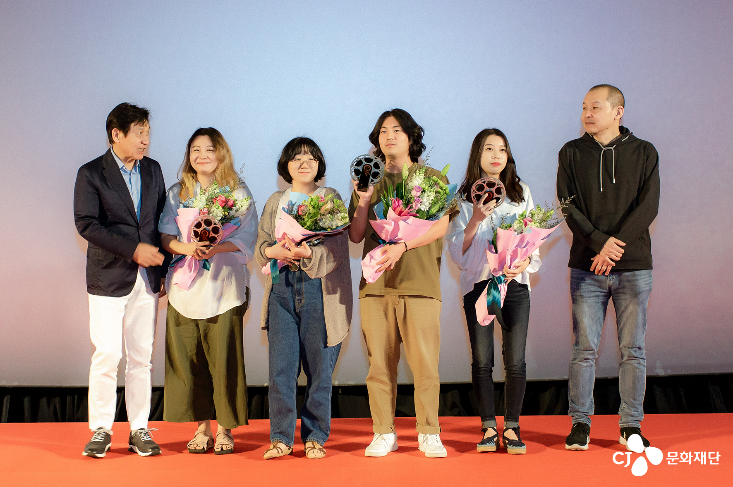 We've looked at the benefits and qualifications of the 2020 story-up! Touched by our generous support, new directors gave advice to younger creators to apply. A story-up supports you to make what you wanted to make. We're looking for a new director who wants to meet the audience more quickly and easily. The contest will be held from February 24, 2020 to April 3rd, 2:00 p.m., so please hurry up and apply. The CJ Cultural Foundation is always at the forefront of making your dreams come true.