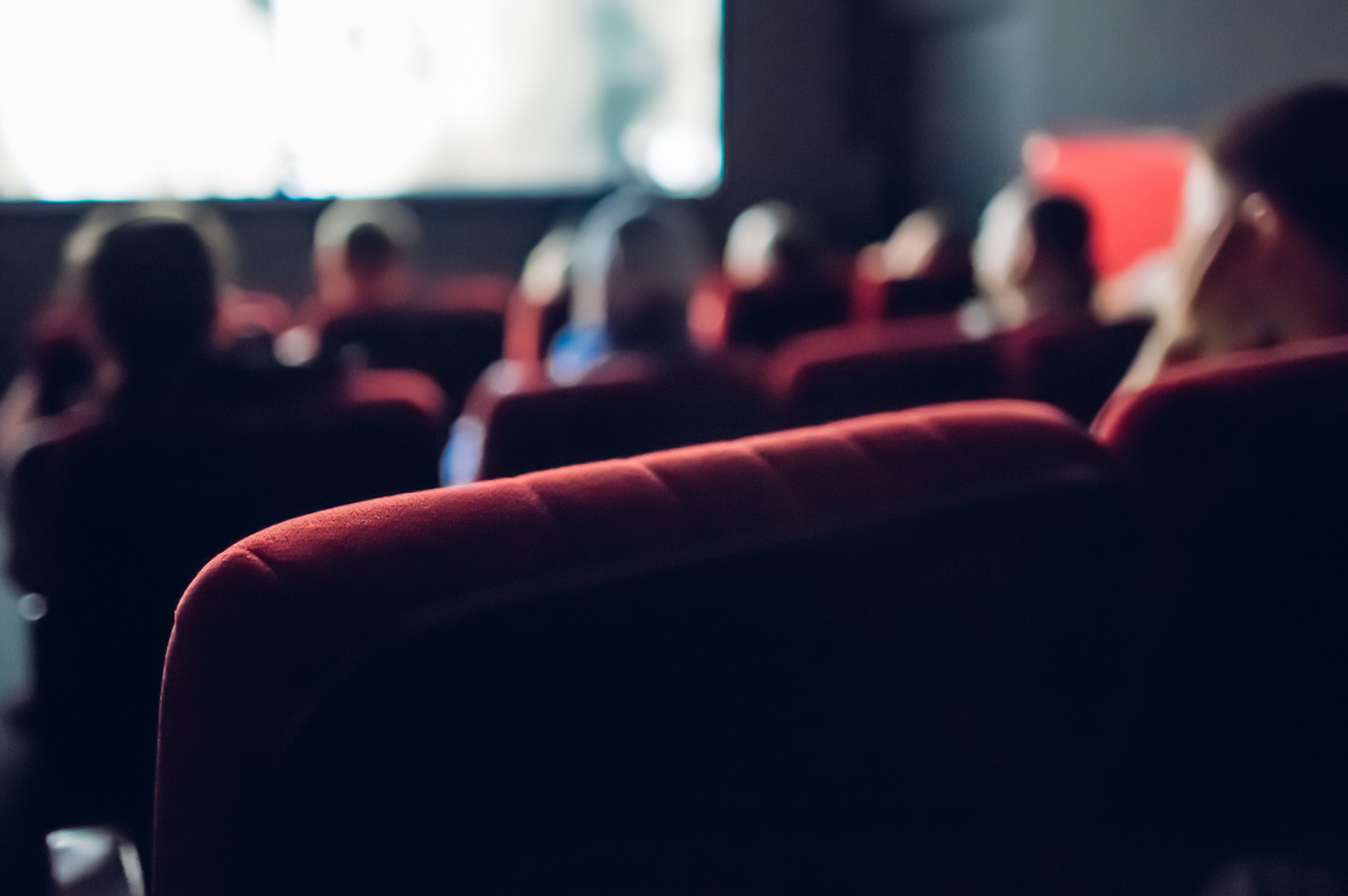 As you know, Korean cinema is celebrating its 100th Anniversary this year.

Films take the audience to a whole different time and place where the audience has never experienced, reflecting the times of the story and how people at that time think and live. Korea has been through a lot of changes past 100 years, and the changes have built the art of today’s Korean films.
<Parasite>, directed by Bong Joon-ho, won the Palme d'Or at the 2019 Cannes Film Festival, marking a milestone in Korean film history. So, it would be a very meaningful work for CJ Cultural Foundation and The Hankyoreh to select 100 films of Korean cinema at this point.

This time, we’re going to look through Korean film history from the 1950s to 2000s and find out some remarkable Korean films. Let’s go back to the times of our parents and our childhood! 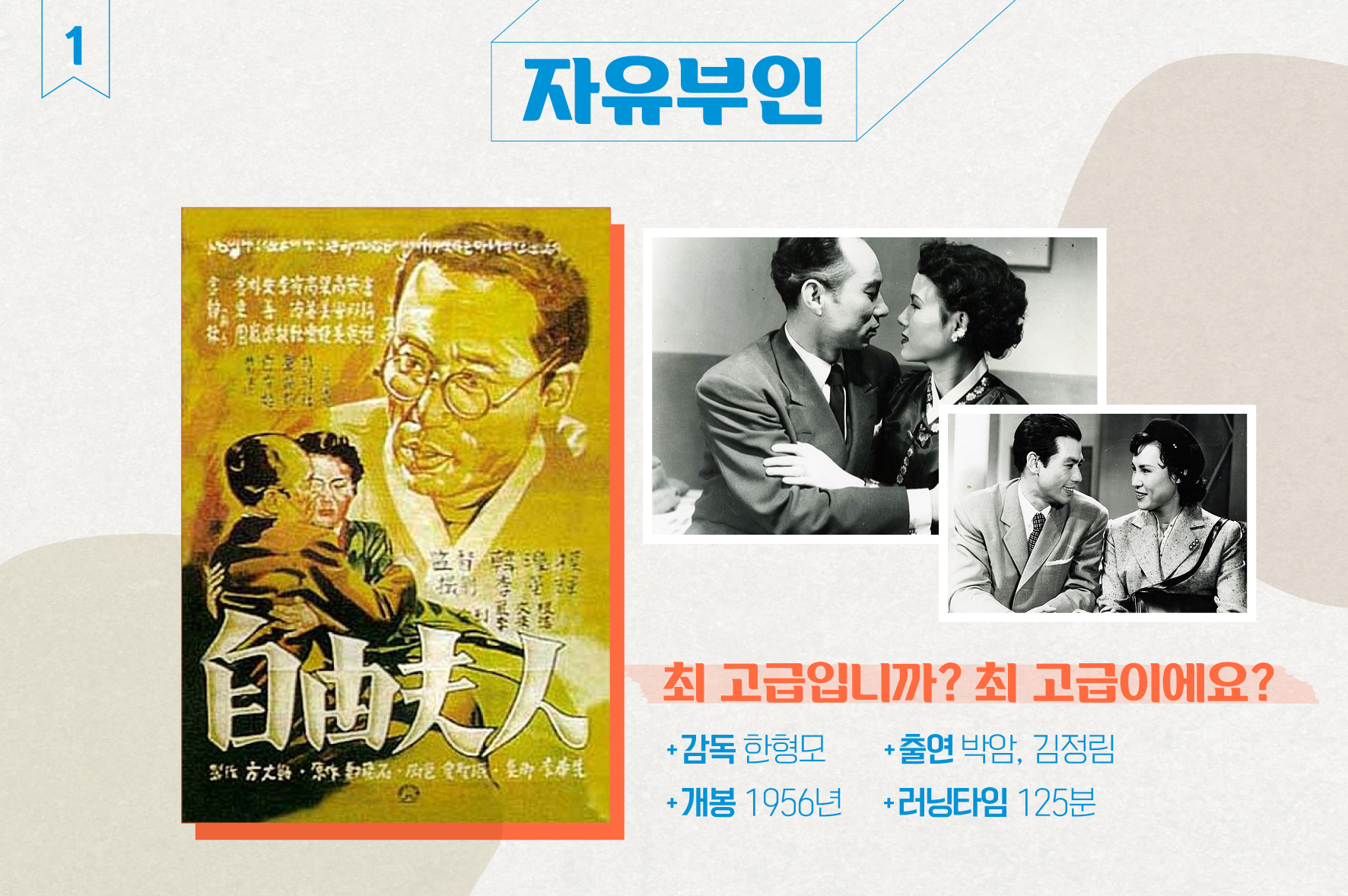 <Madame Freedom> was an extremely popular movie in the 1950s, provoking controversy over the concept of “Modern Woman” by describing women’s desire in a very fashionable way. It is a story of adultery which was a very unconventional topic to deal with at that time, and also it aimed to show the reality of women’s rights. <Madame Freedom> left a big footprint in Korean film history with its social controversy. 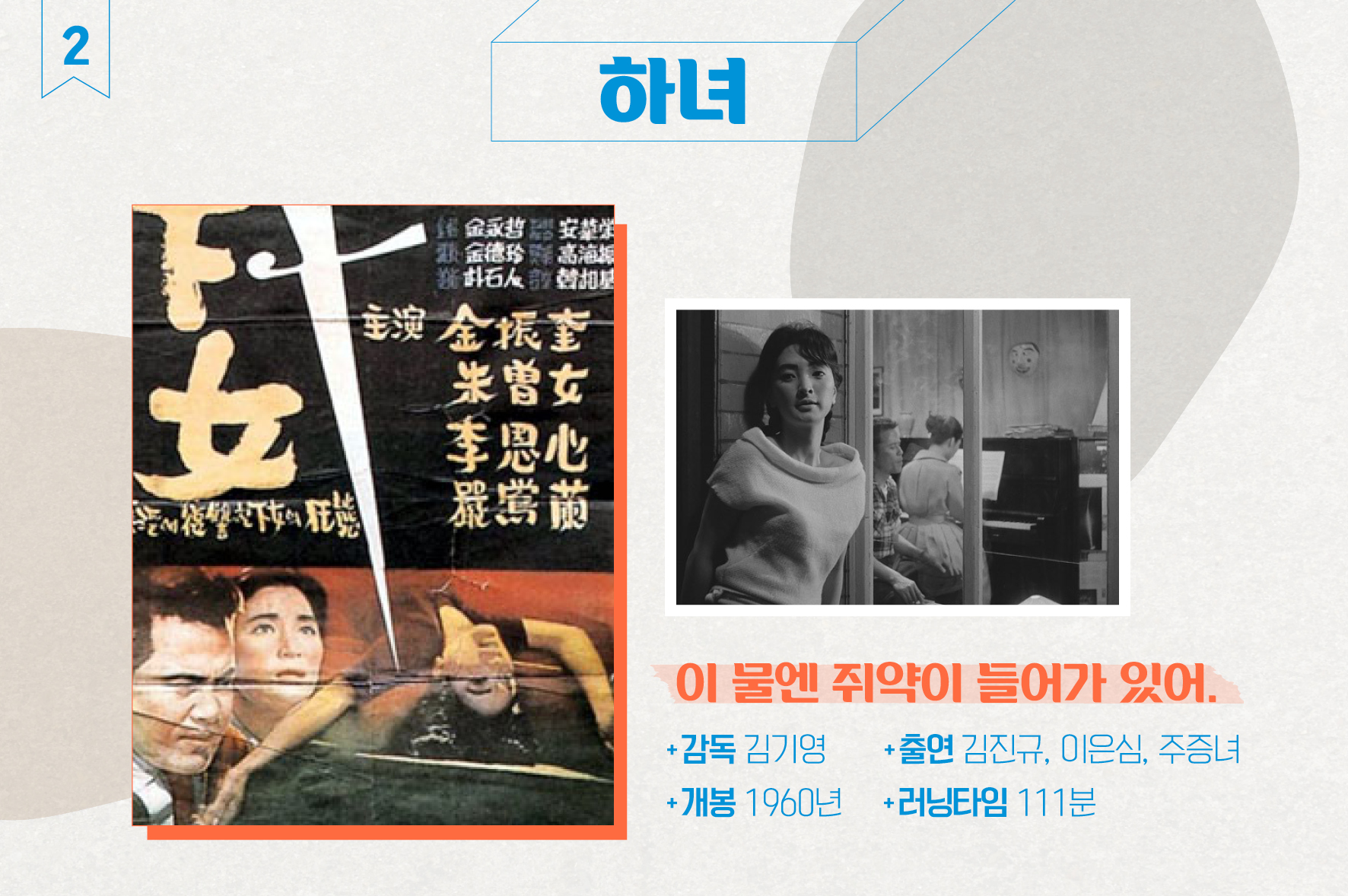 In the 1960s, Korea had been through a rapid modernization phase. It caused the collapse of old patriarchy and changed the notion of sex. <The Housemaid> shows confusion and suppression experienced by the middle class in this rapidly-changing society, with abnormal circumstances the characters are facing, unconventional lines and twisted desire of characters. <The Housemaid> is mainly about a sexual conflict between the Madame and the housemaid. It is also a thrilling story of a housemaid who’s struggling to climb a social ladder. <The Housemaid> made director Kim Ki-young ‘a magical writer.’ 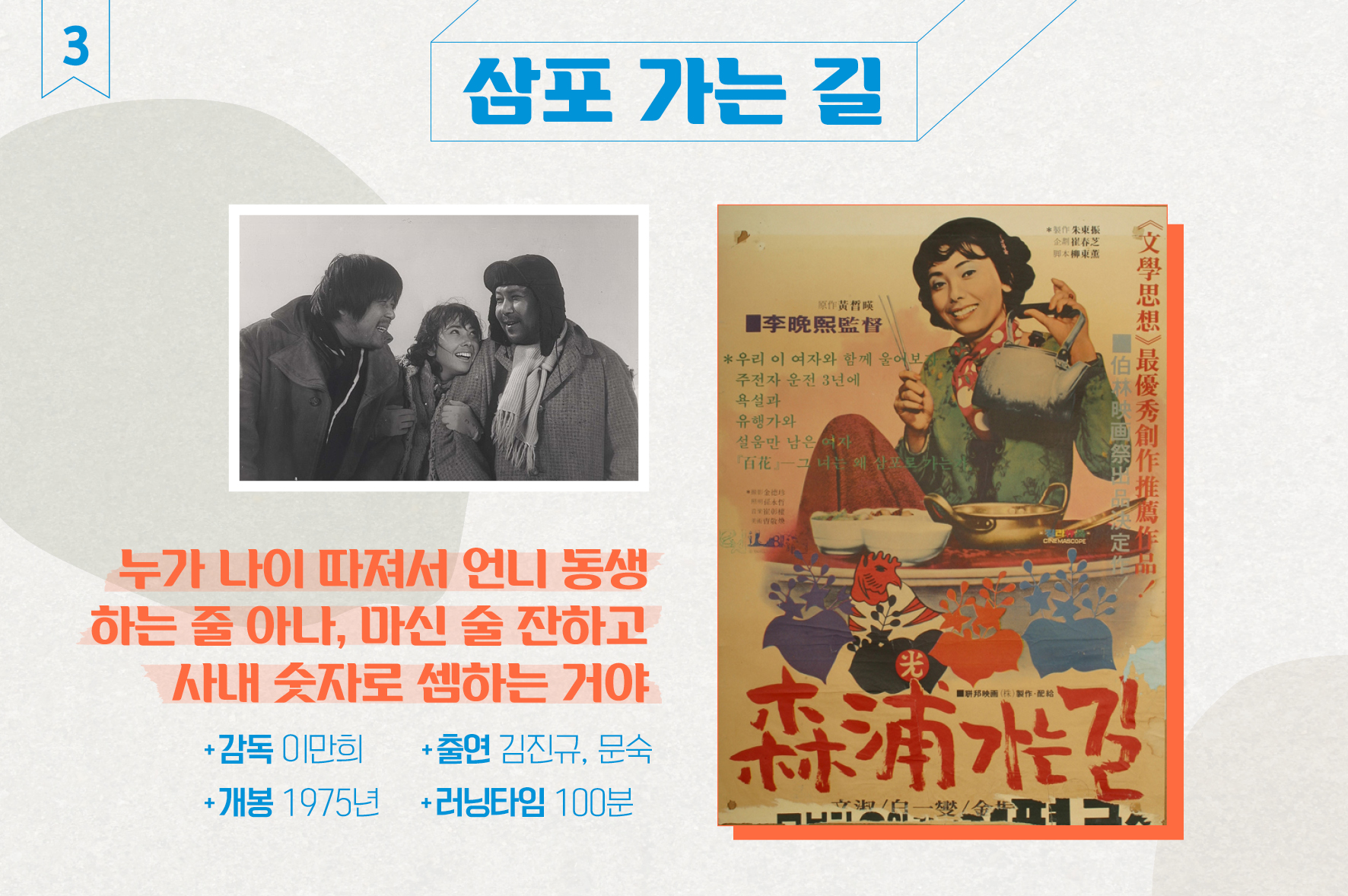 <The Road to Sampo> is adapted from an original short story of the same name by Hwang Sok-yong. It is a story of people who lost their hometown in a process of industrialization and are wandering around the country, which is very devastating. It is the first Korean road movie where characters meet and part with one another. It captures the moment of the miserable lives of people who are excluded in a rapidly developing society. 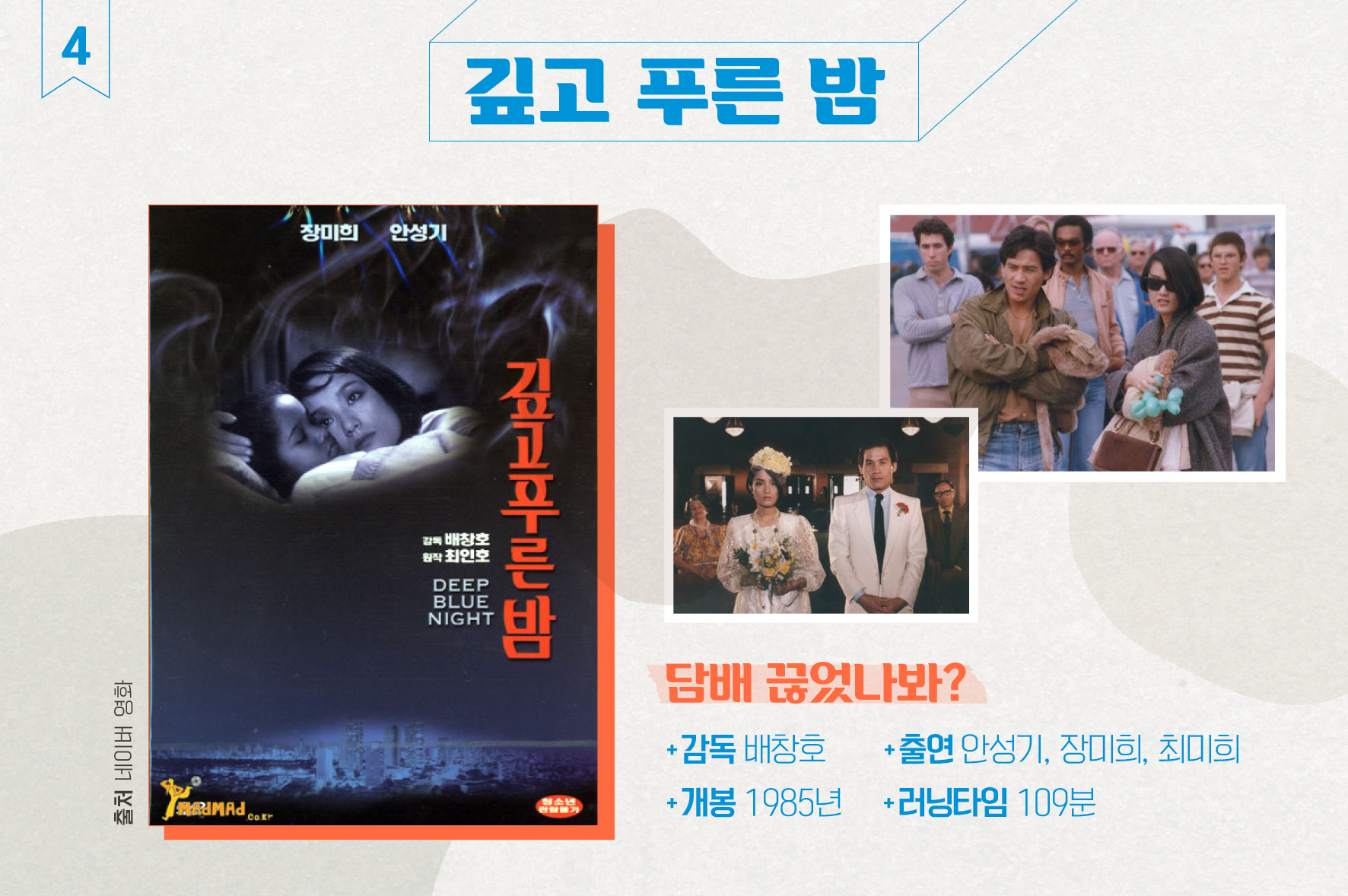 <Deep Blue Night> is a melodrama, declaring the death of the American dream, and it describes a deep desire between two people, a betrayal, miserable lives and downfall of characters. It starred the most popular actors at that time, Ahn Sung-ki, Chang Mi-hee, and Choi Min-hee. <Deep Blue Night> was an R-rated film but it drew audiences totaling 500,000 people. 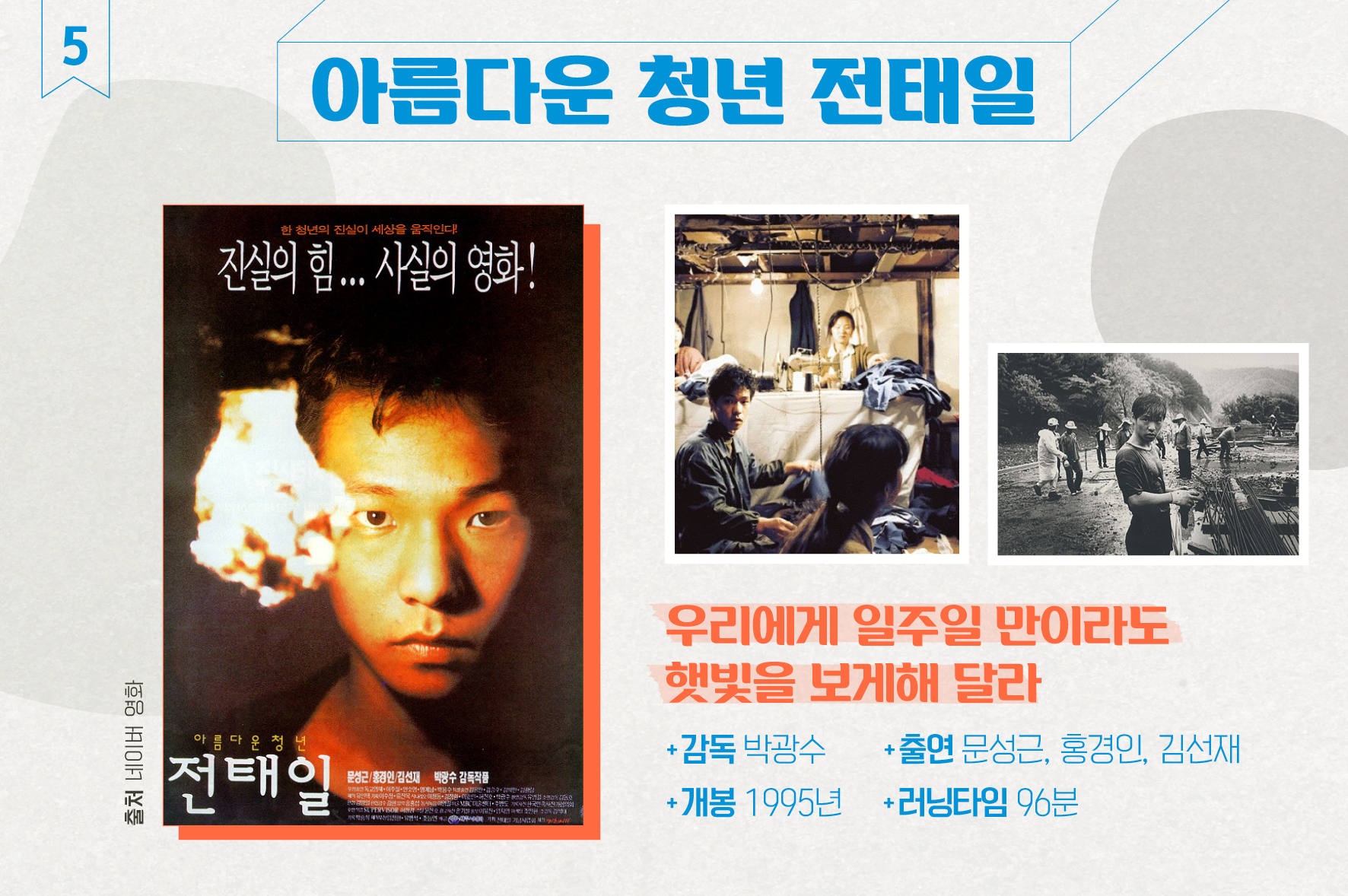 Every single person in Korea knows who Jeon Tae-il was. Jeon Tae-il was a labor activist who worked at a sewing factory, and he burnt himself alive in the street of Peace market at age 22. <A single Spark> is a documentary film about Jeon Tae-il. Kim Yeong-soo, an elite student, tracked his path of life and his shocking death. <A single Spark> shows the reality of labor environment where many workers suffered from tuberculosis. The director used a realistic film set and suffocating images to reveal the poor circumstances the workers were in, and it was also known for its amazing mise-en-scene. 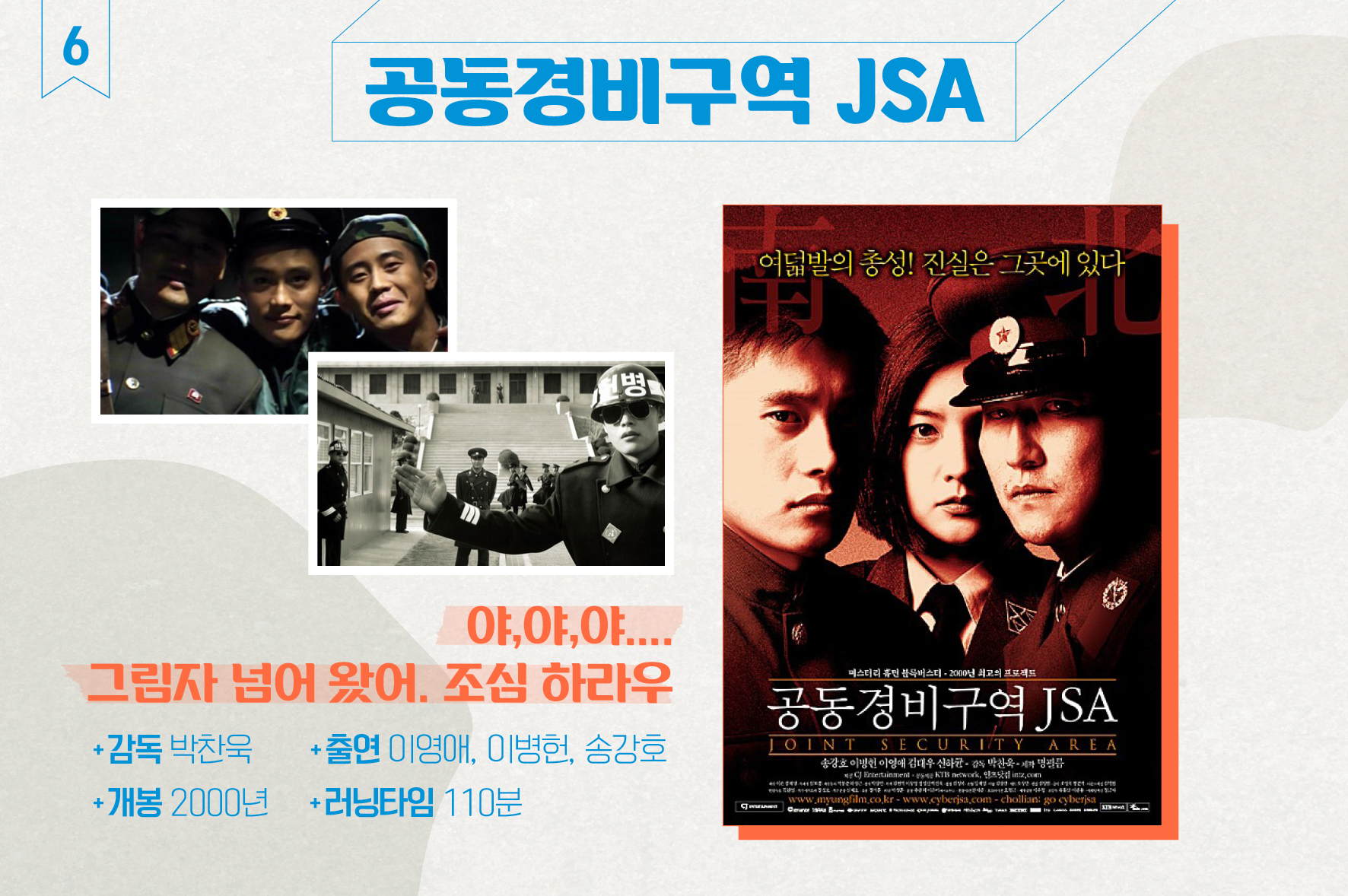 <Joint Security Area> is a mystery thriller movie. It’s a story of North and South Korean soldiers and their friendship, which was very controversial itself. However, it contributed to forming the trend of Korean Blockbuster movies. <Joint Security Area> was a very popular movie at that time, focusing on individual struggles and conflicts rather than the ideological conflict like many other movies did dealing with the division of North and South Korea. 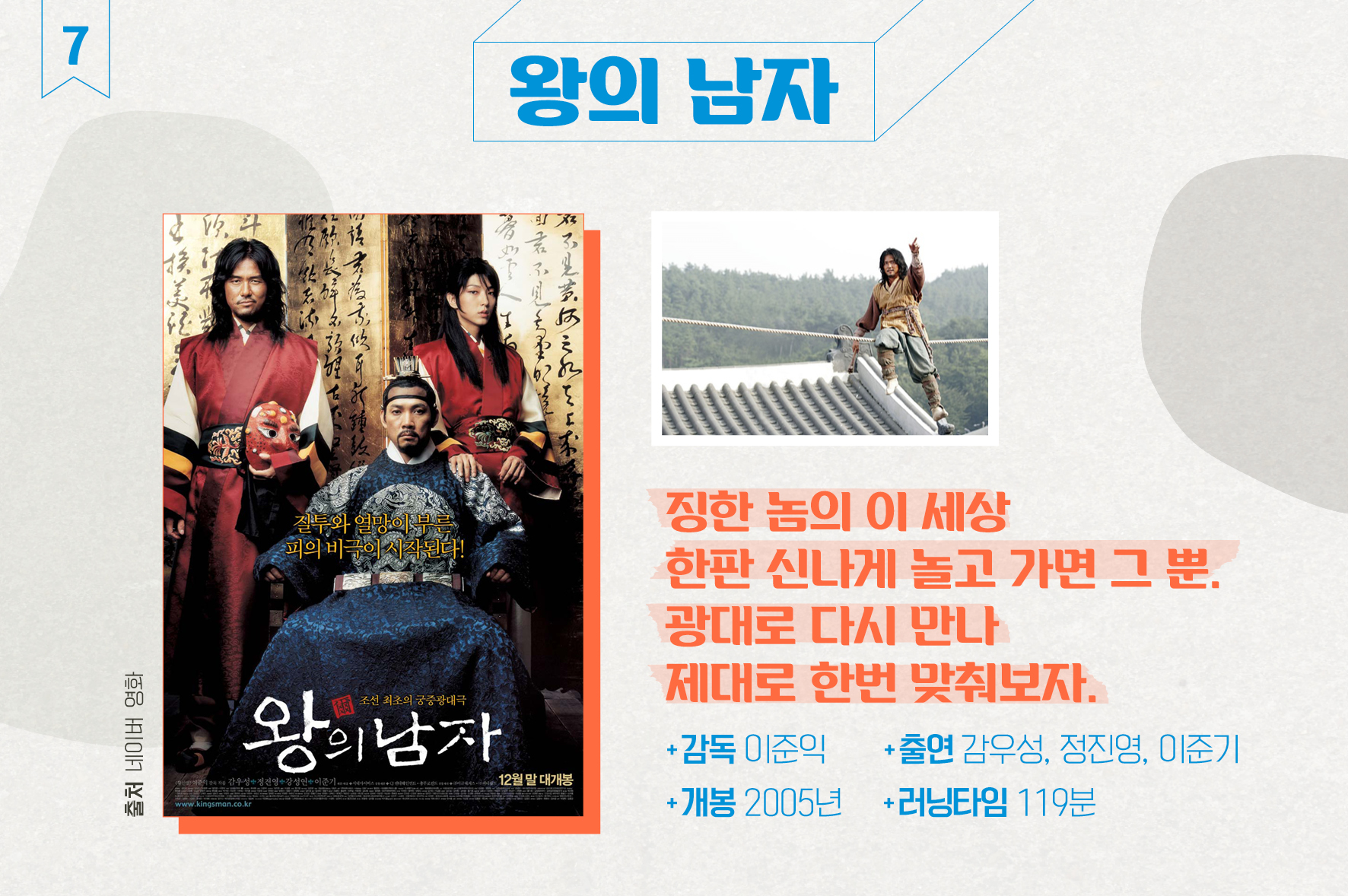 <The King and the Clown> is a Korean queer romance movie, which was very successful in box-office. When it comes to a romance genre, everyone can relate to beyond the difference of sexual orientation. <The King and the Clown> shows the traditional Korean “Talchum(masked dance)” and a twisted relationship among three men in a dramatic way. It became sensational in Korea and there were many parodies of this movie. 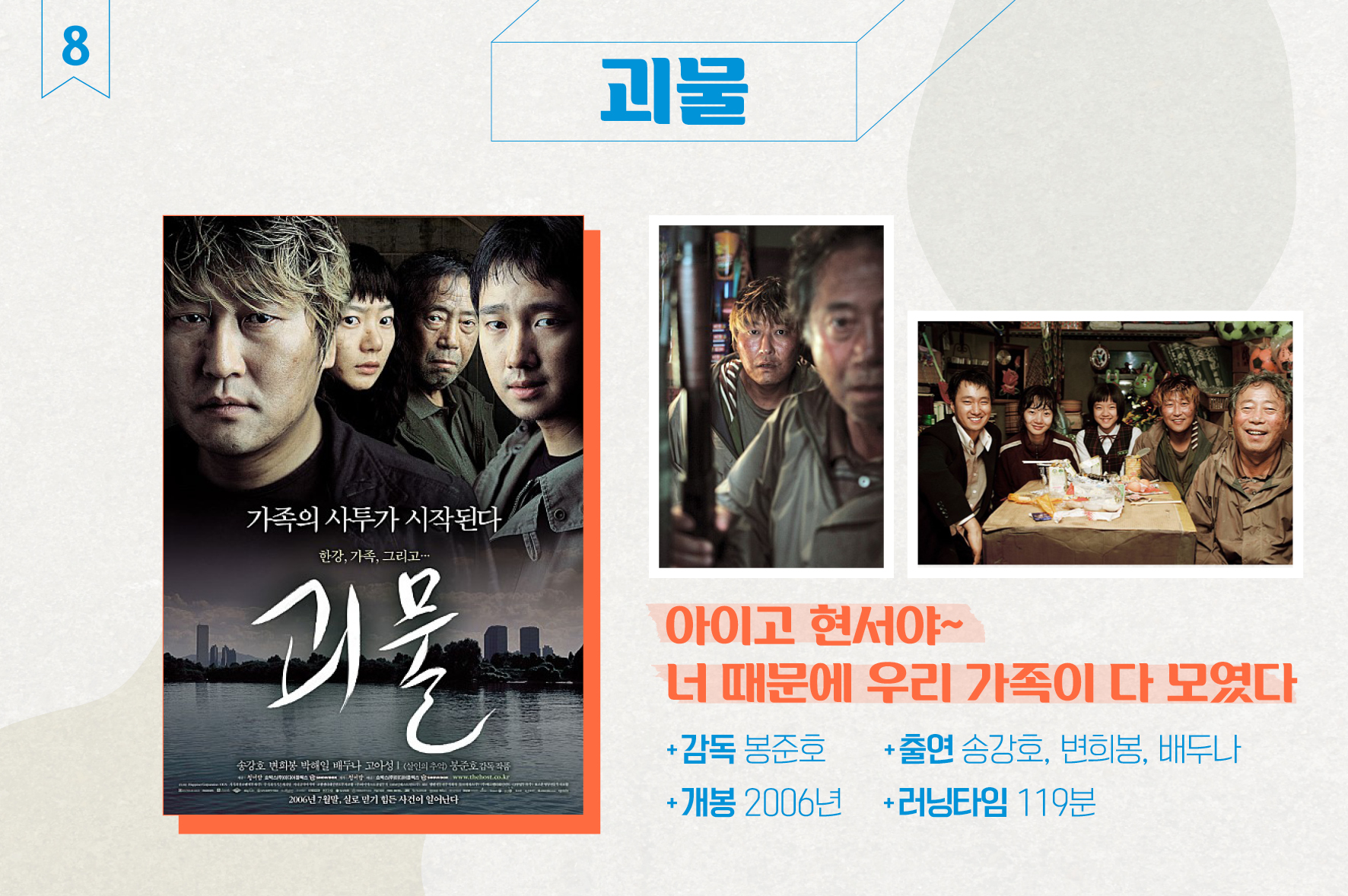